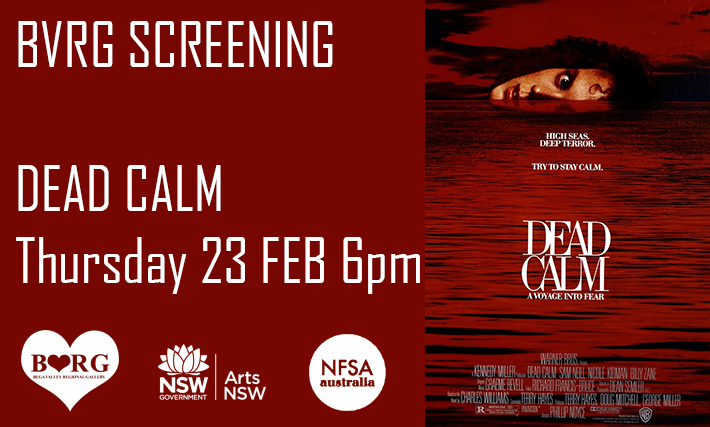 Dead Calm is a 1989 Australian psychological thriller film starring Sam Neill, Nicole Kidman and Billy Zane. It was based on the 1963 novel of the same name by Charles Williams. The film was directed by Australian filmmaker Phillip Noyce and filmed around the Great Barrier Reef. Cinematography by Dean Semler and score composed by Graeme Revell.

The plot focuses on a married couple (Kidman and Neill) who are sailing a yacht through the Pacific. They encounter a damaged boat and a distraught man (Zane). Their efforts to help and investigate lead both the husband and wife into danger ......

Presented in association with the National Film & Sound Archive.