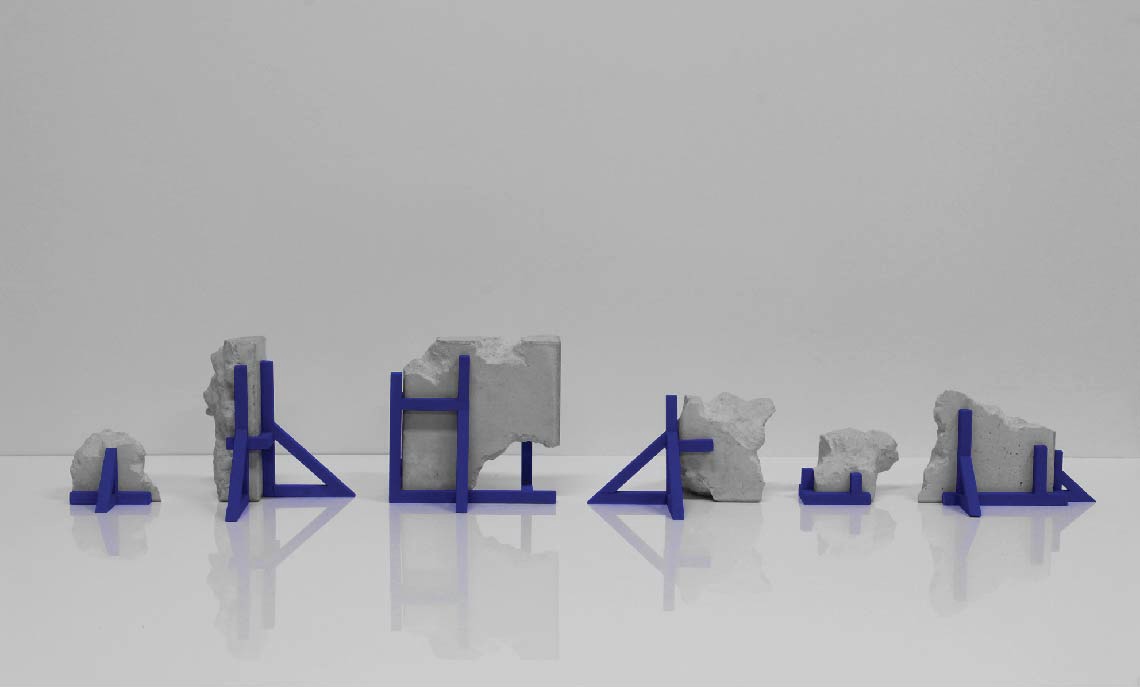 CONCRETE: Art Design Architecture is a major exhibition exploring innovative ways that concrete is being
used by artists, designers and architects in Australia in the 21st century. Curated by JamFactory’s Margaret
Hancock Davis (Senior Curator) and Brian Parkes (CEO), the exhibition includes 21 artists, designers and
architects from across Australia and brings together products, projects and works of art that reflect many
of the current preoccupations with concrete within contemporary art, design and architecture in Australia.
Having a history spanning over 3000 years, concrete was first used by Egyptians in the building of
the pyramids before the Romans produced what today we call hydraulic cement based concrete, used
most dramatically in the Pantheon (completed 128AD). With the fall of the Roman Empire the secrets of
concrete were lost, and it was not until the early nineteenth century that, through the development of
Portland Cement, modern concrete was born.

It is hard to imagine a world without concrete. A material so ubiquitous we rarely take the opportunity to
consider its impact on our lives and its role in the development of modern societies. This exhibition aims
to question our preconceptions of concrete and to consider its functional as well as its expressive, poetic
and aesthetic dimensions.

The exhibitors represent a broad range of approaches to working with concrete, and the range of work
in the exhibition is extensive – from fine, hand-crafted jewellery to spectacular buildings. Some of the
exhibitors include: the Pritzker award winning architect Glenn Murcutt and the multiple award winning
architectural firm Candalepas Associates, who have both used concrete to create beautiful places of
worship; celebrated designers Adam Goodrum and Alexander Lotersztain who have separately designed
striking concrete outdoor furniture; leading visual artists Jamie North, Abdul-Rahman Abdullah and Megan
Cope who have each produced thought-provoking sculptural works, and jeweller Inari Kiuru who draws
the eye to the intricate detail of concrete’s infinitely varied surface.

CONCRETE is the fourth and final exhibition in JamFactory’s acclaimed art design architecture series
and will conclude a significant 10-year project which began with the research for WOOD: art design
architecture in 2011 (and opened in 2013 followed by GLASS in 2015 and STEEL in 2017) and will end
with the completion of the tour of CONCRETE in 2021. This series of exhibitions, publications and public
programs has received more than $1 million in funding from the Commonwealth Government in addition
to the support of sponsors and project partners. By the end of the CONCRETE tour, the series will have
presented the works of 101 exhibitors to 54 venues nationally. (Publications have featured the work of over
30 writers). CONCRETE art design architecture will tour 14 venues nationally and is accompanied by a
264-page catalogue.

The Principal Sponsor for CONCRETE: art design architecture is Cement Concrete & Aggregates Australia, the peak body for the cement, concrete and quarry industry in Australia.