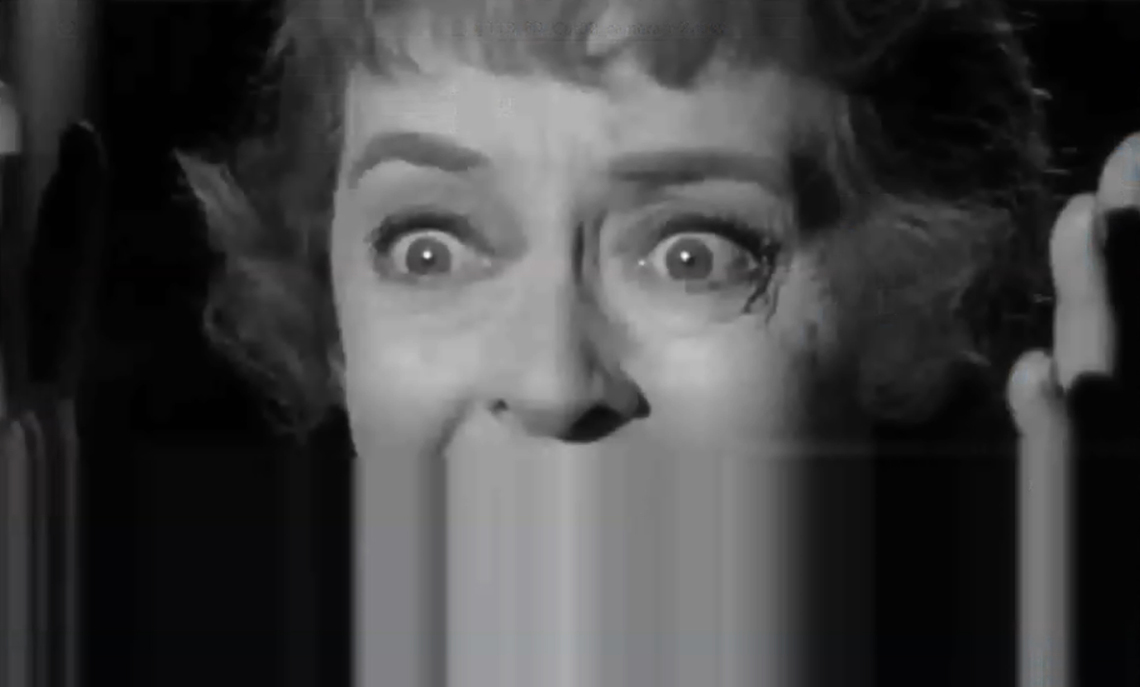 The artists in Moving Histories // Future Projections approach their subject matter in a variety of ways – they turn the camera on themselves, re-stage historical events or reimagine alternative futures through speculative accounts of the past. Yet through repetition, montage and mimicry, they all explore a space where time folds in on itself and back again and each looks back while also moving forward. Collectively and individually they act as historians, archivists and archaeologists - excavating historical materials, digging through archives and channeling the past to make new connections across time and space.

In The Time that Remains (2012), Soda_Jerk manipulate found footage and the materiality of video to stage an on-screen engagement between two deceased screen stars, Joan Crawford and Bette Davis and their past and future selves.

The Invisibility of Blackness (2014) by Amala Groom is interplay between presence and disappearance of cultural identity as Groom repeatedly speaks in her matriarchal Wiradjuri lineage, in order to connect with the present. As the screen slowly fades to black, Groom’s embodied utterances continue through the darkness.

Joan Ross stitches together Australia’s post-colonial historical imagery in her animation Colonial Grab (2014). Through playfully cutting and pasting contemporary symbols of excess and desire over iconic Australian landscape paintings she highlights the ongoing presence of a repressive past.

Kate Blackmore’s Ngallowan (They Remain) (2014) attempts to exhume the complex and uncomfortable history between colonial and First Nations people. While Blackmore determinedly paints herself into a corner with white paint, literally ‘white-washing’ her body from view, the unwavering traditional song of Dharug Elder Jacinta Tobin remains.

In an exploration of invisible pasts, forgotten narratives and repressed memories, the exhibition reminds us how history is fractured along contradictory lines of race, class and gender. It is through the voice of the artist that we are presented with new, alternative futures.

Moving Histories // Future Projections is curated by Kelly Doley and Diana Baker-Smith of the collaborative artist group BC Institute. Doley is currently a PhD Candidate at UNSW Art & Design and is the recipient of a University Postgraduate Scholarship. She is researching the politics and aesthetics of socially engaged performance practice. Smith currently works as a lecturer at the University of Technology Sydney and is completing her PhD on experimental methodologies for historicising performance at the University of NSW.