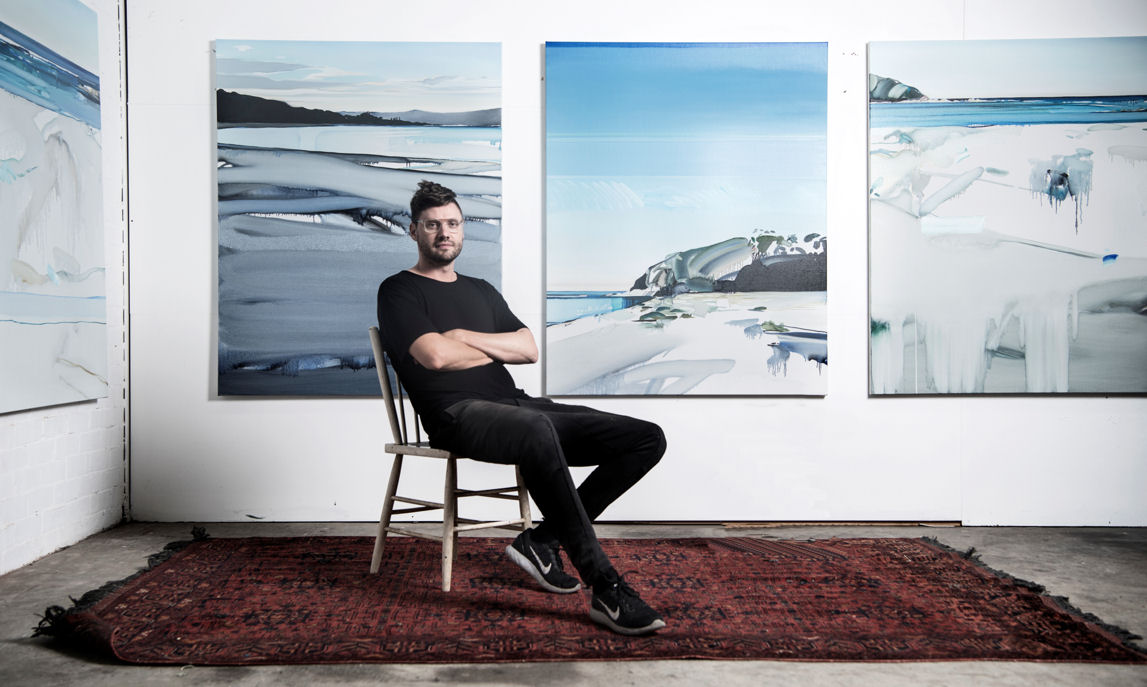 In April 2017 Bega Valley Regional Gallery welcomed prominent Sydney artist Julian Meagher as inaugural artist in residence. A pilot project for a long term partnership between the National Parks and Wildlife Service and the BVRG, the residency offered the opportunity for visual artists to draw from the unique natural environment of the local region, whilst connecting with regional communities and expanding their practice outside of metropolitan studios.

Julian Meagher's residency took place from Saturday 22nd April – Tuesday 9th May, at the beautiful Sir Roy Grounds designed Myer House set on Bithry Inlet in the pristine Mimosa Rocks National Park. One of several heritage listed, architecturally significant properties, gifted by the Myer and Yencken family to the National Parks and Wildlife Service. The NPWS are keen to open access to the properties for significant events that contribute to the living culture and community of the region.

During Julian’s stay he  worked towards producing this body of work, to be exhibited at the Bega Valley Regional Gallery in February 2018 followed by the Olsen Gallery in Sydney.

Julian has been a finalist in most prestigious awards in Australia, as well as being represented in major galleries in Sydney, Melbourne, Brisbane and Hong Kong. He has built a strong studio practice in Sydney and exhibits through a number of commercial galleries in Australia and internationally as well as being a director for the emerging artist generator gallery, Chalk Horse in inner East Sydney. Meagher was included in two exhibitions at BVRG in 2016 and was enthusiastic to explore the South Coast region for the possibility of new direction the residency might bring.

Supported by National Parks and Wildlife Services, Museums and Galleries NSW and BVSC.

For all sales enquiries please contact Olsen Gallery on info@olsengallery.com

This project is supported through an Artist or Curator Residency grant.

The Artist or Curator Residency program is supported by the Copyright Agency’s Cultural Fund and is managed by Museums & Galleries of NSW.