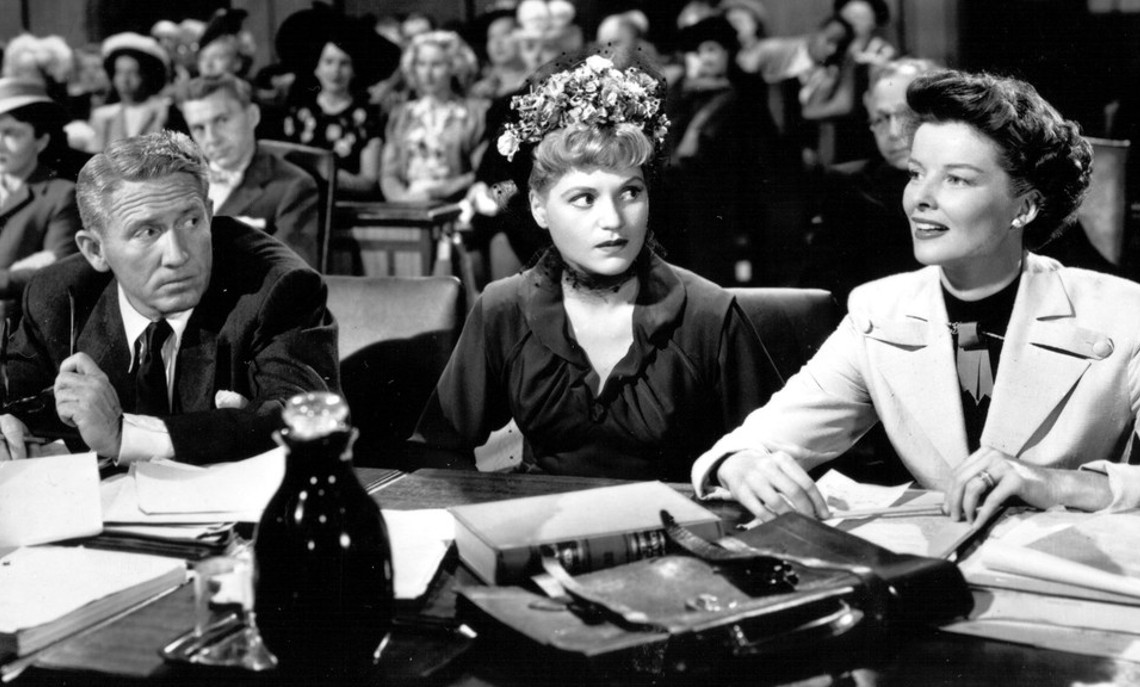 BVRG in partnership with the National Film and Sound Archive present the 1949 film 'Adam's Rib'.

Adam's Rib is an American comedy film classic starring Spencer Tracy and Katharine Hepburn. The music was composed by Miklós Rózsa, except for the song "Farewell, Amanda", which was written by Cole Porter.

Written by Ruth Gordon and Garson Kanin, Adam's Rib is a peerless comedy predicated on the double standard. Adam (Spencer Tracy) and Amanda Bonner (Katharine Hepburn) play a husband-and-wife attorney team, both drawn to a case of attempted murder. The defendant (Judy Holliday) had tearfully attempted to shoot her husband (Tom Ewell) and his mistress (Jean Hagen). Adam argues that the case is open and shut, but Amanda points out that, if the defendant were a man, he'd be set free on the basis of "the unwritten law." Thus it is that Adam works on behalf of the prosecution, while Amanda defends the accused woman. The trial turns into a media circus, while the Bonners' home life suffers.

Adam's Rib represented the film debuts of New York-based actors Jean Hagen, Tom Ewell, and David Wayne (as Hepburn's erstwhile songwriting suitor), and the return to Hollywood of Judy Holliday after her Born Yesterday triumph. One of the best of the Tracy-Hepburn efforts, it inspired a brief 1973 TV series starring Ken Howard and Blythe Danner.

The film was well received upon its release and is considered a classic romantic comedy, being nominated for both AFI's 100 Movies and Passions lists, and coming in at #22 on the AFI's 100 Years...100 Laughs.

Presented in association with the National Film and Sound Archive